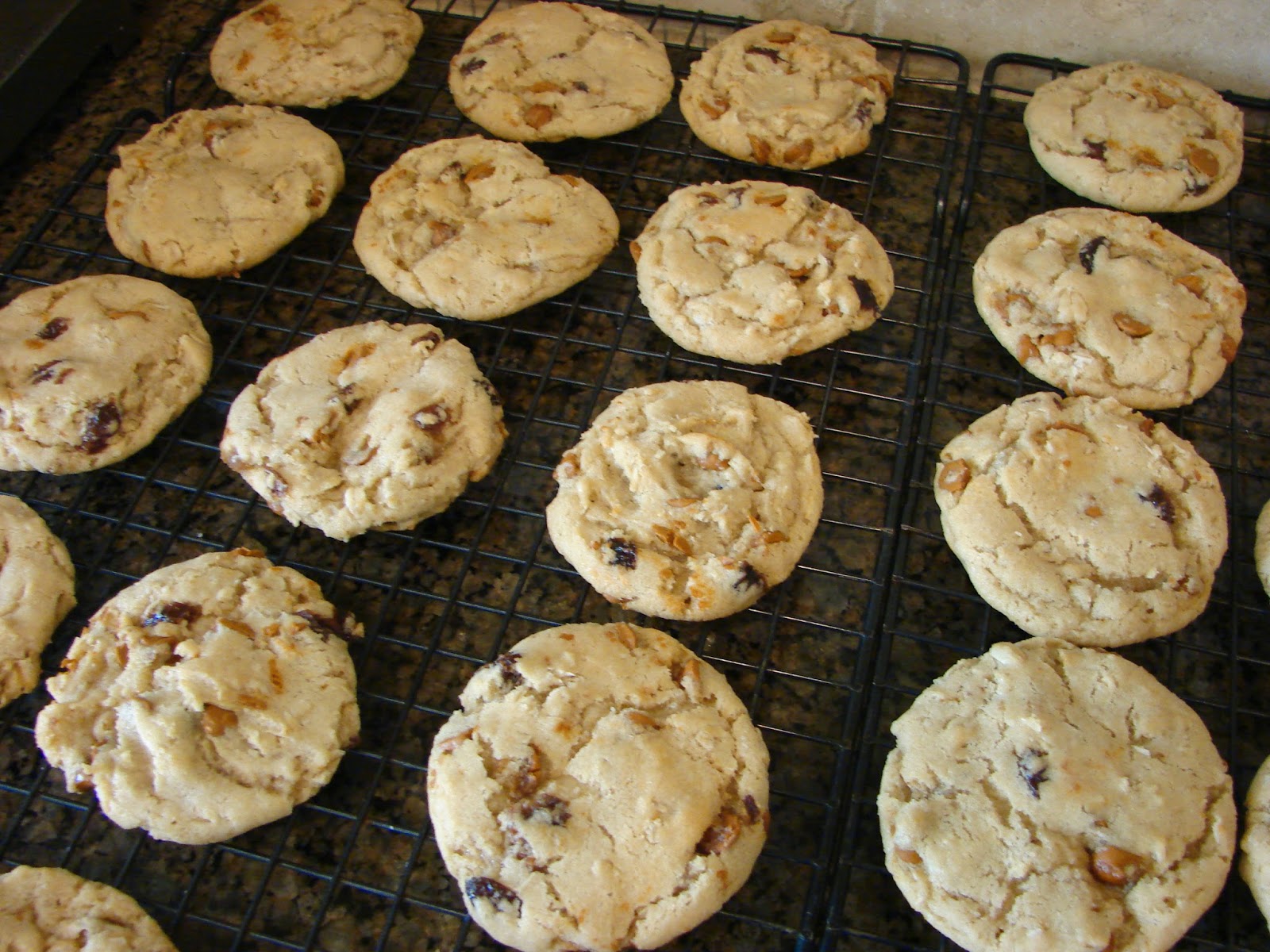 So this cookie is kind of a combination of oatmeal cookie and regular chocolate chip like cookie (with cinnamon chips instead). The oatmeal gives it a nice chew, but they aren't totally oatmealy, if you know what I mean. Anywho, these cookies are just delicious actually. The raisin/cinnamon chip combination is so yummy. If you can't find cinnamon chips (they usually have them during the holidays and I stock up on them and put a few bags in the freezer) you can substitute butterscotch chips. This recipe makes a lot of cookies, at least 3 dozen, so it's a great idea to bake half the dough and save the other half by freezing portioned out dough balls and putting them in the freezer. The cooking time for frozen dough is just a couple minutes more.

Cream butter and sugars until light and fluffy. Add eggs and vanilla and beat well. In a separate bowl combine flour, oats, kosher salt, and baking soda. Add dry mixture to wet mixture and mix well. Stir in cinnamon chips and raisins. Scoop dough onto cookie sheets, leaving at least 2 inches between cookies. Bake for about 8 minutes or until just lightly golden on edges. Remove from oven and allow to cool on cookie sheets for a few minutes before transfering to racks to cool. 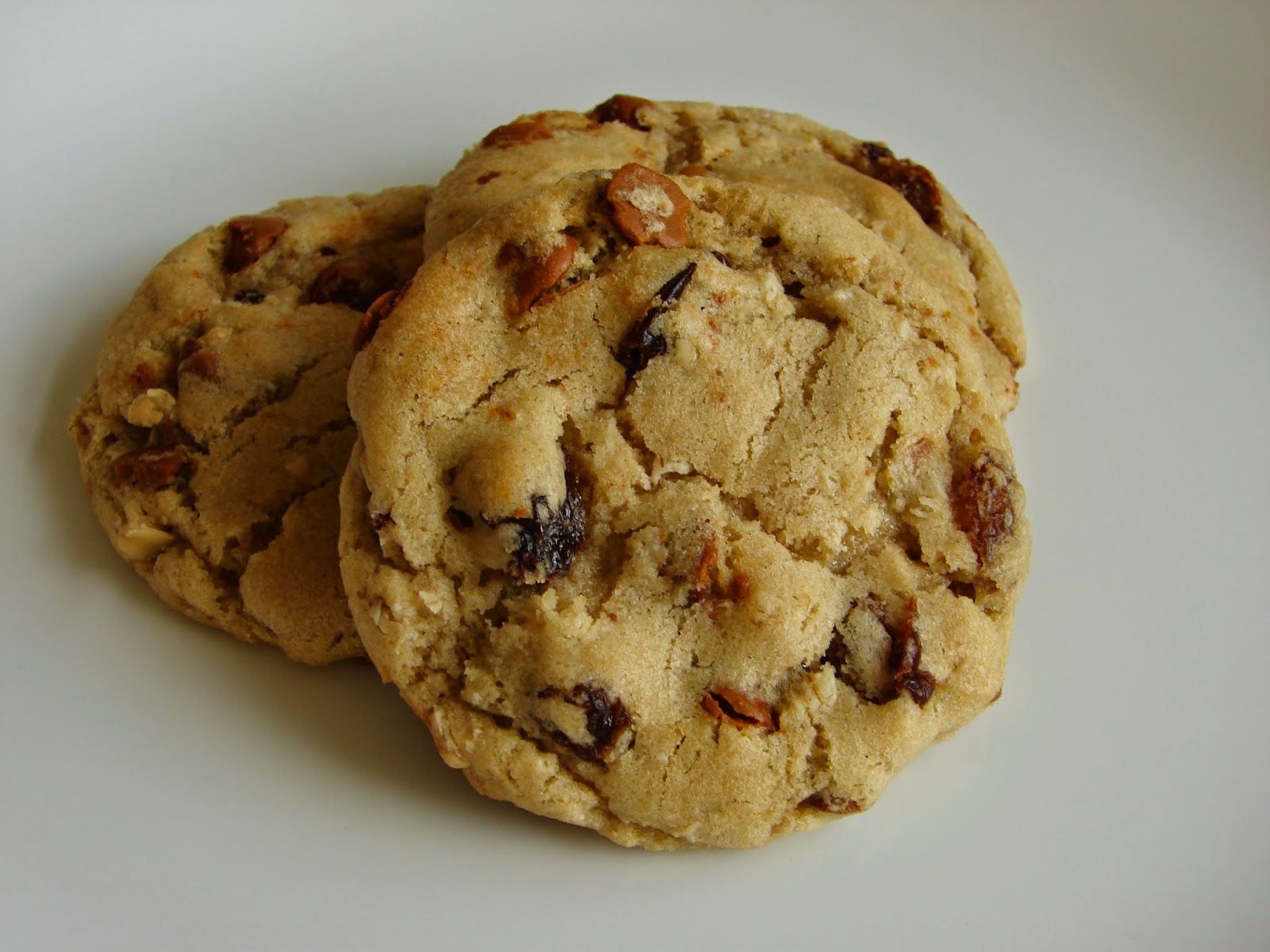